The Organ - Servicing the Organ 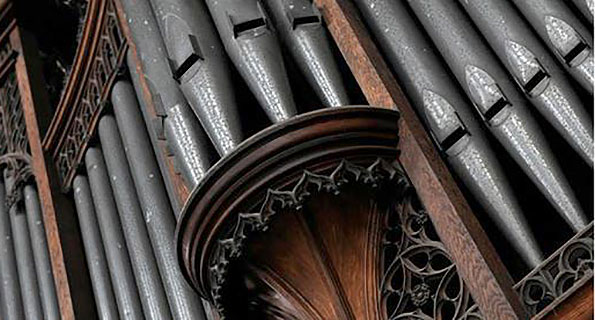 Consequently it is among a select group of organs in which ‘Father’ Willis might have had a hand – he was the greatest organ builder of his generation and considered the ‘Father’ of the profession.

The organ had not been serviced to the extent of dismantling and cleaning out the pipes since at least the 1980’s. Many repairs in the Chapel had happened around it, and so cleaning and servicing was needed, also removing dents in pipes, dealing with broken reeds and repair to the damaged blower. 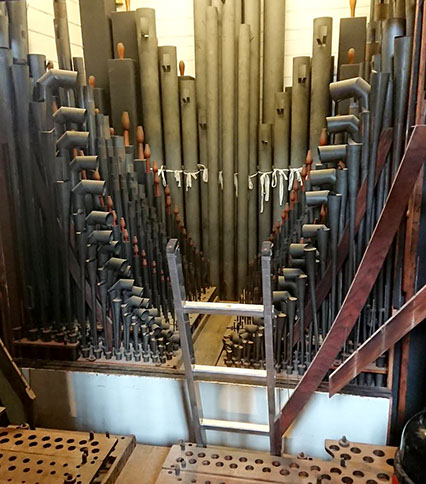 The Friends launched an appeal in September 2017 for £5,250 to achieve the repairs and cleaning. All the money was raised selling refreshments and donations at concerts during the autumn and, crucially, from an individual benefactor. The work was undertaken by Richard Bower in March 2018, and this fine organ is now in excellent health once again.